40 Quotes About the Life-Changing Power of the Resurrection

The theme for Katoomba Easter Convention this year is 'Resurrection: Death is Not the End'. As I prepare for the convention, I've been reflecting on how life changing a reality the resurrection is. Here are 40 quotes that have impacted me. 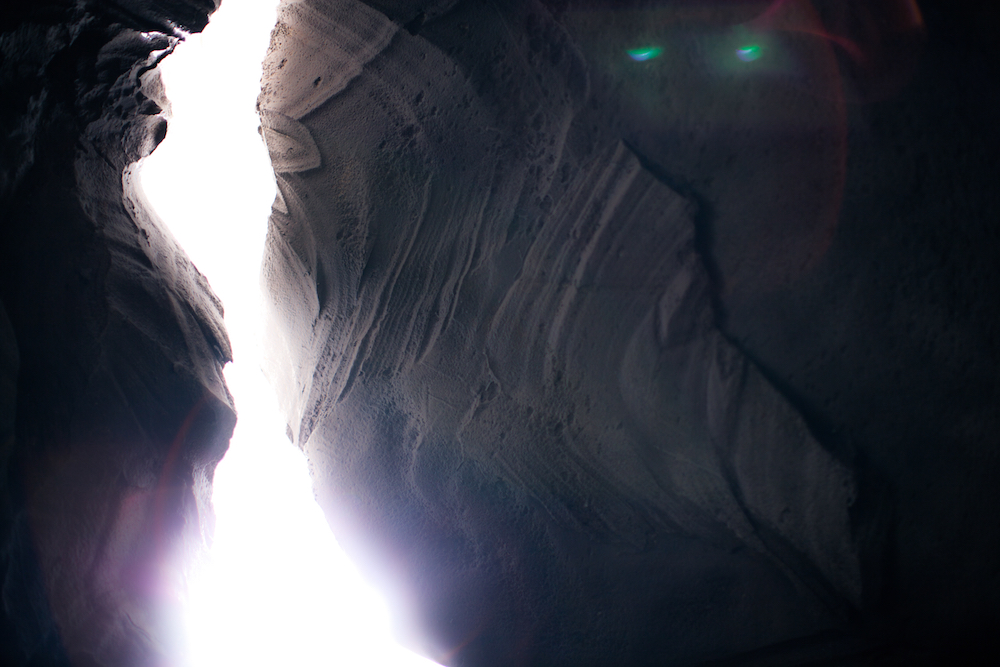 “Optimism is a wish without warrant; Christian hope is a certainty, guaranteed by God himself. Optimism reflects ignorance as to whether good things will ever actually come. Christian hope expresses knowledge that every day of his life, and every moment beyond it, the believer can say with truth, on the basis of God's own commitment, that the best is yet to come.”

“The resurrection of Jesus changes the face of death for all His people. Death is no longer a prison, but a passage into God’s presence. Easter says you can put truth in a grave, but it won’t stay there.”

“Easter says you can put truth in a grave, but it won’t stay there. You can nail it to a cross, wrap it in winding sheets and shut it up in a tomb, but it will rise!”

“We live and die; Christ died and lived!”

“Why would the apostles lie? Liars always lie for selfish reasons. If they lied, what was their motive, what did they get out of it? What they got out of it was misunderstanding, rejection, persecution, torture, and martyrdom. Hardly a list of perks!"

“The resurrection of Jesus Christ is the single greatest event in the history of the world. It is so foundational to Christianity that no one who denies it can be a true Christian...A person who believes in a Christ who was not raised believes in a powerless Christ, a dead Christ. If Christ did not rise from the dead, then no redemption was accomplished at the cross and “your faith is worthless,” Paul goes on to say; “you are still in your sins” (v. 17).”

“If Christ was not raised, His death was in vain, your faith in Him would be pointless and your sins would still be counted against you with no hope of spiritual life.”

“Live in the awareness that Christ lives and that He lives in His people.”

“Our Lord has written the promise of resurrection, not in books alone, but in every leaf in springtime.”

“There is more evidence that Jesus rose from the dead than there is that Julius Caesar ever lived or that Alexander the Great died at the age of thirty-three.”

“The resurrection gives my life meaning and direction and the opportunity to start over no matter what my circumstances.”

“The joyful news that He is Risen does not change the contemporary world. Still before us lie work, discipline, sacrifice. But the fact of Easter gives us the spiritual power to do the work, accept the discipline and make the sacrifice.”

“And he departed from our sight and we might return to our heart, and there find Him. For He departed, and behold, He is here.“

“The great gift of Easter is hope - Christian hope which makes us have that confidence in God, in his ultimate triumph, and in his goodness and love, which nothing can shake.”

“Let the resurrection joy lift us from loneliness and weakness and despair to strength and beauty and happiness.”

“No matter how devastating our struggles, disappointments, and troubles are, they are only temporary. No matter what happens to you, no matter the depth of tragedy or pain you face, no matter how death stalks you and your loved ones, the Resurrection promises you a future of immeasurable good.”

“Few people seem to realize that the resurrection of Jesus is the cornerstone to a worldview that provides the perspective to all of life.”

”The best news of the Christian gospel is that the supremely glorious Creator of the universe has acted in Jesus Christ's death and resurrection to remove every obstacle between us and himself so that we may find everlasting joy in seeing and savoring his infinite beauty.”

“The Bible says he was raised not just after the blood-shedding, but by it. This means that what the death of Christ accomplished was so full and so prefect that the resurrection was the reward and vindication of Christ's achievement in death.”

“The best news of the Christian gospel is that the supremely glorious Creator of the universe has acted in Jesus Christ's death and resurrection to remove every obstacle between us and himself so that we may find everlasting joy in seeing and savoring his infinite beauty.”

“The resurrection of Jesus Christ from the dead is one of the best attested facts on record. There were so many witnesses to behold it, that if we do in the least degree receive the credibility of men’s testimonies, we cannot and we dare not doubt that Jesus rose from the dead.”

“The resurrection is a fact better attested than any event recorded in any history, whether ancient or modern.”

“There is a resurrection after death. Let this never be forgotten. The life that we live here in the flesh is not all. The visible world around us is not the only world with which we have to do. All is not over when the last breath is drawn, and men and women are carried to their long home in the grave. The trumpet shall one day sound, and the dead shall be raised incorruptible. All that are in the graves shall hear Christ’s voice and come forth–those who have done good to the resurrection of life, and those who have done evil to the resurrection of damnation. This is one of the great foundation truths of the Christian religion. Let us cling to it firmly, and never let it go.”

“We need not wonder that so much importance is attached to our Lord’s resurrection. It is the seal and memorial stone of the great work of redemption, which He came to do. It is the crowning proof that He has paid the debt He undertook to pay on our behalf, won the battle He fought to deliver us from hell, and is accepted as our guarantee and our substitute by our Father in heaven. Had He never come forth from the prison of the grave, how could we ever have been sure that our ransom had been fully paid? Had He never risen from His conflict with the last enemy, how could we have felt confident that He has overcome the power of death from the devil? But thanks be unto God, we are not left in doubt. The Lord Jesus really rose again for our justification.”

“Let us beware of regarding the Lord Jesus Christ, only as one that is dead. Here, I believe, many greatly err. They think much of His atoning death, and it is right that they should do so. But we ought not to stop short there. We ought to remember that He not only died and went to the grave—but that He rose again, and ascended up on high, leading captivity captive. We ought to remember that He is now sitting on the right hand of God, to do a work as real, as true, as important to our souls, as the work which He did when He shed His blood. Christ lives, and is not dead. He lives as truly as any one of ourselves. Christ sees us, hears us, knows us, and is acting as a Priest in heaven on behalf of His believing people. The thought of His life ought to have as great and important a place in our souls—as the thought of His death upon the cross.”

“The resurrection of Christ is one of the foundation-stones of Christianity. It was the seal of the great work that He came on earth to do. It was the crowning proof that the ransom He paid for sinners was accepted, the atonement for sin accomplished, the head of him who had the power of death bruised, and the victory won.”

“Jesus's resurrection is the beginning of God's new project not to snatch people away from earth to heaven but to colonize earth with the life of heaven. That, after all, is what the Lord's Prayer is about.”

“He, the Life of all, our Lord and Saviour, did not arrange the manner of his own death lest He should seem to be afraid of some other kind. No. He accepted and bore upon the cross a death inflicted by others, and those other His special enemies, a death which to them was supremely terrible and by no means to be faced; and He did this in order that, by destroying even this death, He might Himself be believed to be the Life, and the power of death be recognised as finally annulled. A marvellous and mighty paradox has thus occurred, for the death which they thought to inflict on Him as dishonour and disgrace has become the glorious monument to death's defeat.”

“I know the resurrection is a fact, and Watergate proved it to me. How? Because 12 men testified they had seen Jesus raised from the dead, then they proclaimed that truth for 40 years, never once denying it. Every one was beaten, tortured, stoned and put in prison. They would not have endured that if it weren't true. Watergate embroiled 12 of the most powerful men in the world-and they couldn't keep a lie for three weeks. You're telling me 12 apostles could keep a lie for 40 years? Absolutely impossible.”

“The devil, darkness, and death may swagger and boast, the pangs of life will sting for a while longer, but don't worry; the forces of evil are breathing their last. Not to worry...He's risen!”

“The New Testament writers speak as if Christ's achievement in rising from the dead was the first event of its kind in the whole history of the universe. He is the 'first fruits,' the pioneer of life,' He has forced open a door that has been locked since the death of the first man. He has met, fought, and beaten the King of Death. Everything is different because He has done so.”

“The Resurrection, and its consequences, were the 'gospel' or good news which the Christians brought: what we call the 'gospels', the narratives of Our Lord's life and death, were composed later for the benefit of those who had already accepted the gospel. They were in no sense the basis of Christianity: they were written for those already converted. The miracle of the Resurrection, and the theology of that miracle, comes first: the biography comes later as a comment on it. Nothing could be more unhistorical than to pick out selected sayings of Christ from the gospels and to regard those as the datum and the rest of the New Testament as a construction upon it. The first fact in the history of Christendom is a number of people who say they have seen the Resurrection. If they had died without making anyone else believe this 'gospel' no gospels would ever have been written.”

“After death something new begins, over which all powers of the world of death have no more might.”

“The cross of Christ only triumphs in the breast of believers over the devil and the flesh, sin and sinners, when their eyes are directed to the power of His Resurrection.”

16 Videos for Your Easter Church Services
What Do We Remember on Good Friday?
Google Reveals Australians Want to Know About Good Friday