8 Reasons Why Catalyst is a Conference Like No Other

Today I attended Catalyst Conference in Atlanta. I've never attended a conference quite like it. Here's 10 things I loved about it - and things that made it different to any other conference I've attended previously. 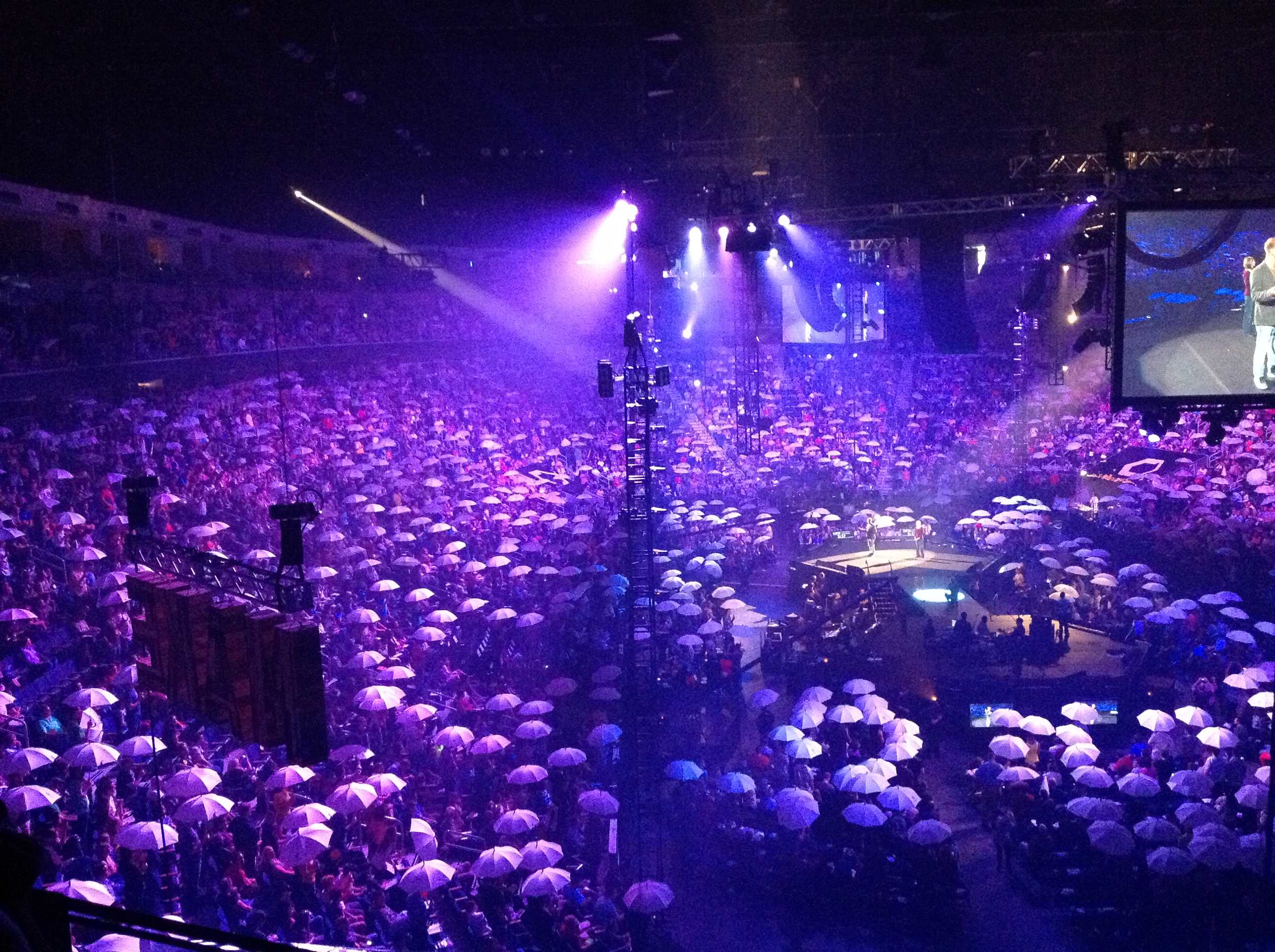 Today I attended Catalyst Conference in Atlanta. I've never attended a conference quite like it. Here's 10 things I loved about it - and things that made it different to any other conference I've attended previously. 1. Francis Chan I might be a Francis Chan fan boy, but his talk tonight was massively convicting. Here's a one-line summary:

2. Outdoor Atmosphere Outside the arena there's so much going on that makes it a fun and exciting place to be. There's musicians:

...and much more! 3. Action-oriented There are opportunities to respond to what you're hearing. For example, on this response wall:

And in this unique activity. Mary Frances Bowley has done a lot of work on human trafficking - particularly in supporting women who've been sexually exploited. Here, lots of people in the arena were given white umbrellas to raise in support of this work:

4. The unexpected I'm not sure if you can make this out in the photo, but there was a surprise proposal this morning!

Even more surprisingly, a couple who had sponsored a child in Hondurus since he was a child got to meet him for the first time today, as Catalyst flew him and his sponsors in. It was a beautiful moment. Hyler now knows Jesus because of Compassions work in his life, and his Mum recently became a Christian - praise God! 5. Food vans Apart from the vendors inside the arena, there were at least 10 food vans serving a variety of food outside the venue. This made the atmosphere great, but also meant that people didn't need to leave, and could keep hanging out between sessions.

6. Shifting tones There was a lot of serious content, but this was broken up with some great comedy from Tripp and Tyler - two professional comedians who presented conference news, tips to 'make life better', and to get people laughing at the beginning of sessions. 7. Exclusive content Mark Burnett is the producer of Survivor, The Apprentice, The Emmys and much more. He and his wife are also Christians. They've just produced a series on The Bible (with the same name), coming out at the end of the year. We were able to see 2 confidential, never-before-seen clips of this fantastic new series, designed to get people reading the Bible, and into churches. 8. Range of quality speakers Today I heard Andy Stanley, Perry Noble, Francis Chan and Patrick Lencioni - all guys who have had a big impact on me. And these were just the speakers I'd heard of! Along with the speaker line-up, there were excellent interviews, for example with Susan Cain, the author of 'Quiet'. At least two TED talk speakers were included in the line-up. I'm thankful to God for the organisers of this conference where I've been fed and encouraged so much in just one day. I'm also wondering how to get something like this happening in Australia! UPDATE Here's a photo recap of the event:

And here's a highlights video:

30 Creative Event Ideas to Engage Your Audience
A Free Event Run Sheet Template
A Free Event Marketing Calendar Template
A Free Post-Event Report Template
5 Christian Conferences and Events I Would Like To See
10 Helpful Questions to Evaluate Your Church Event
How Much Should You Pay Guest Speakers and Musicians?
10 Tips to Serve Your Guest Speakers
20 Alternatives to Eventbrite for Online Event Registration
5 Reasons Not to Provide a Feedback Form at Your Event