Ask yourself this question: "Is my iPhone drawing me towards God or driving me away from God?" 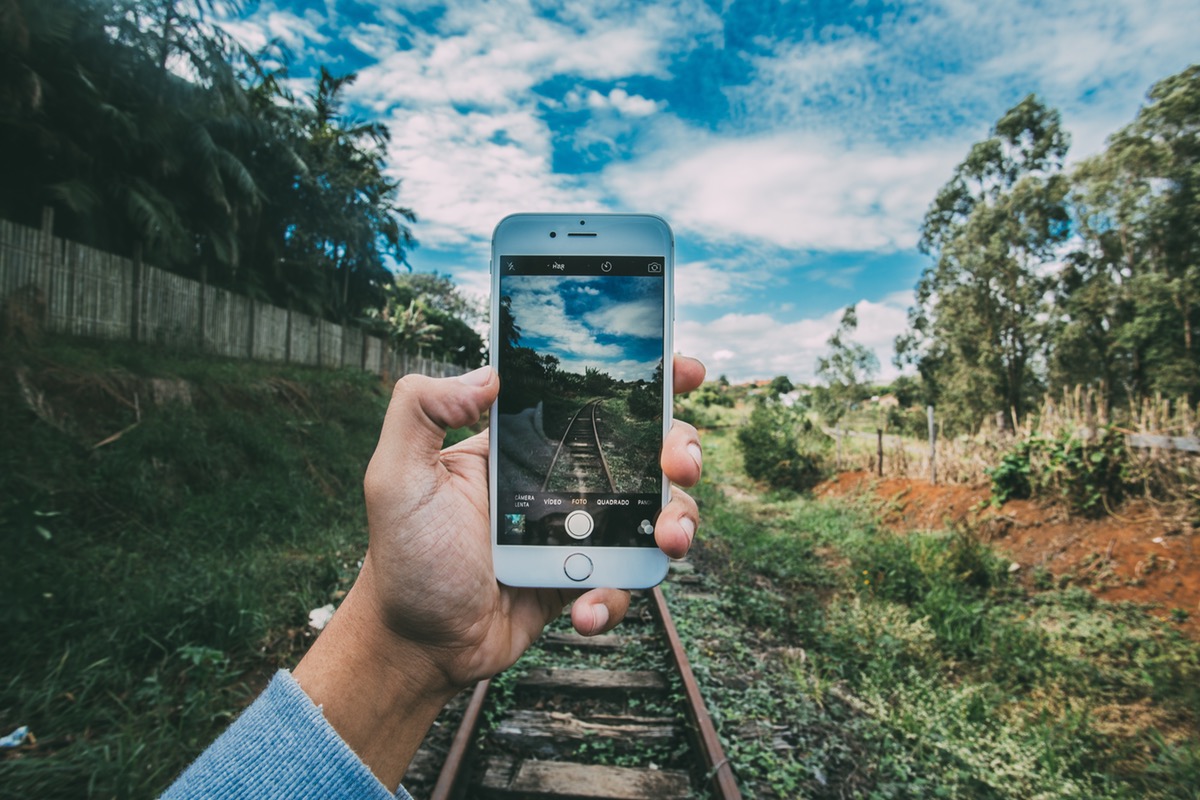 “I can’t believe your wife let you go!”

This was the common refrain when I told people that I was going to the Middle East to meet with persecuted Christians. To be honest, I couldn’t believe she let me go either! And I was secretly hoping that she’d say “No” and I’d be able to say “Sorry, I’d love to come but my wife isn’t keen on the idea.” But I couldn’t use this as my excuse, and I then had to wrestle with the decision for myself - should I choose to get on a plane, and fly to a part of the world that the Australian government has said:

”…because of the extremely volatile and dangerous security situation. Australians…should depart immediately while commercial flights continue to operate."

Am I crazy? Am I irresponsible? Am I foolish? These questions plagued me, and in an email to the team leader shortly before we left, I wrote:

“I’m keen to meet with persecuted Christians. But do I need to do this in somewhere as dangerous as this? There’s lots of other places that I could go that would be less risky (for me and my family)."

“While I’m trusting God, I’m just concerned about being reckless or putting myself in unnecessary danger. I’d like to think (pray) that if I needed to do something dangerous for God, He would give me courage. But I’m wrestling with the idea of willing choosing a dangerous circumstance.”

But I decided to go. It is difficult to explain, but I really felt that to not go would be an act of disobedience. That despite my fear and reservations, I needed to be on that plane. So, after researching the availability of insurance for kidnapping and ransom (we couldn’t get it) and then signing the indemnity agreement, I got on that plane. My biggest concern about the trip was the presence of ISIS, and more specifically, my desire to get home alive. Unlike the Apostle Paul, I didn't board the plane thinking "...to live is Christ, to die is gain." My thoughts was "To live is Christ, to die at the hands of ISIS would be awful." But it also forced me to ask myself a question I had never before considered:

"If I meet ISIS, will I side with Jesus? Will I choose comfort or the cross?”

It sounds so trivial, even embarrassing to even articulate this question now - I was only in the country for a couple of days! But for many of the Christians we met with, this isn't a hypothetical question. But over and over again as we visited the camps filled with thousands of internally displaced people, our brothers and sisters testified that this threat had taken them to God - that their faith had been strengthened and their love for God had increased as a result of their suffering. One brother shared:

“Now I know Jesus. Not like before though… I was happy back then…I had more money, a big house, was a rich man but no love. ISIS was a gift from God because I now know the love of God more than ever before.”

When we heard this testimony, we didn’t know how to respond. Could you ever imagine saying this?! 2 days into the trip, we had met with many persecuted Christians and had been 12 kilometres from ISIS. And yet, over dinner that evening I was struck with the following thought:

Surely the iPhone is more dangerous than ISIS.

This may sound like a ridiculous statement, but here's what I observed:

I don't say this glibly. I saw firsthand the horror my brothers and sisters had and were experiencing. ISIS is evil. The suffering they inflict is terrible. The pain Christians have been subjected to is unimaginable. The hope (in this life) is almost non-existent. Everything should be done to eliminate ISIS and help Christians to escape this suffering. And yet, somehow in His sovereignty, as He has done before (cf: the Bible), God is using this terrible situation to call His people away from the things of this world, and deeper into His arms. And this experience was one that believers were able to thank God for - over and over again. As a persecuted believer reflected to us:

"If this didn't happen, we wouldn't have got close to God. We were materialistic - we had 8 televisions and now we have none."

And a mother of 3 children:

"We think God was maybe showing us all of the things in life that were getting in the way of our relationship with Him and now here in the camp we are closer to Him than ever before."

And as one priest shared:

"This was a warning from God to shake us back to Him."

I can see why people were taken aback that my wife let me go on this trip - ISIS is dangerous. But I now believe we should be concerned by a much more everyday risk:

“I can’t believe your wife let you buy an iPhone!”

If this sounds silly, let me ask you a question:

"Is your iPhone driving you towards God or drawing you away from God?"

I know you can do all kinds of amazing things on your phone. I know it's hard to imagine life without it. I know the Bible says "...everything God created is good, and nothing is to be rejected if it is received with thanksgiving" (1 Timothy 4:4). But on a cost/benefit spiritual analysis, where does it stand? Is it a help or a hindrance? Is it making you holy, or hollow? Is it giving you a greater love for and dependance on God, or is it making you numb to His love for you and your need for Him? Some of the dangers of the iPhone are obvious, like pornography. Statistics like this from Covenant Eyes (affiliate link) show the scale of the epidemic:

How true this is:

In the West, we see risks to personal health and safety as the ultimate threats to our existence. We value safety and comfort more than sanctification and Christlikeness. This was the blunt assessment of a multimillionaire property developer - now refugee - who told us:

"Christians in the West don't want to die because they're more in love with life than with Jesus."

Is this true for you? You might think I’m overstating the case. Exaggerating the danger. Getting too serious. But if you want serious, you need look no further than Jesus' words in Matthew 18:8:

“If your hand or your foot causes you to stumble, cut it off and throw it away. It is better for you to enter life maimed or crippled than to have two hands or two feet and be thrown into eternal fire.”

This sounds crazy! But it's not, because there's something even bigger at stake than your personal comfort and safety, and that is the eternal destination of your soul. My friend Dave is a pastor. Men come to him and share their struggle with pornography. He tells them to disconnect the internet. They tell him they can’t - it would make life too hard. Cutting off your hand or foot would also make life hard. But Jesus reveals what's at stake and the steps that must be taken to avoid - not a smack on the bottom - but the eternal fire. Dave is blunt in his analysis when they refuse to disconnect - they are choosing hell. Are you? One of the greatest dangers for Christians in the West is that we have no idea of the danger we are in. We are like the proverbial frog that lands in cold water and doesn’t notice the ever-increasing rise in temperature until it’s too late.

Our souls matter, and they need to be taken seriously. Jesus tells us what to fear. And it’s not ISIS:

“I tell you, my friends, do not be afraid of those who kill the body and after that can do no more. But I will show you whom you should fear: Fear him who, after your body has been killed, has authority to throw you into hell. Yes, I tell you, fear him.” Luke 12:4-5

The persecution of Christians is increasing and from first-hand experience I can tell you they need our help. This includes prayer, but we can also be answer to their prayers, but providing for their needs. Open Doors has been in ministry for more than 60 years they have reliable networks and effective programs. I have seen the impact of their help first hand and heard testimonies from people who continue to receive support. There is no minimum amount because every single dollar bit helps. Please support Open Doors by donating here. I have just signed up to give too.