How Could A Loving God Command Acts Of Violence As Described In The Old Testament?

The Bible contains multiple examples of God commanding that people be killed. How could a loving God do this? Here's 8 reflections on a difficult question. 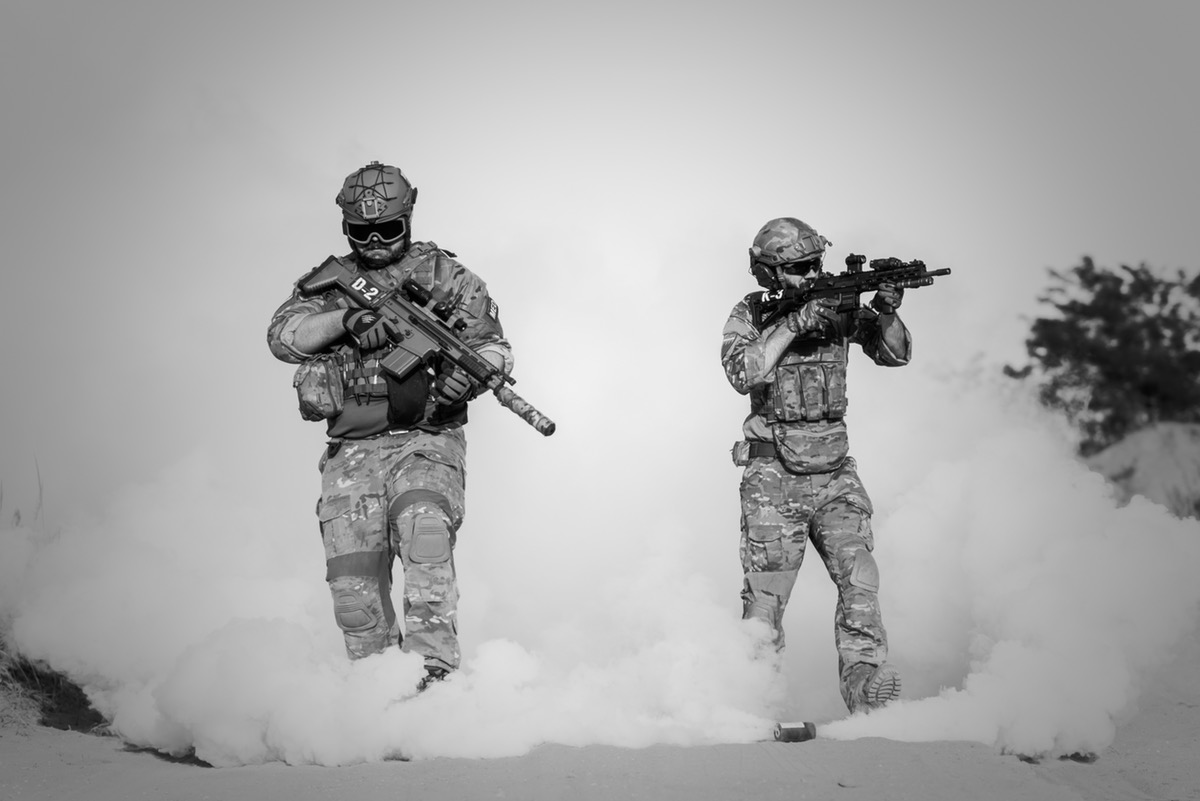 My wife and I are leading a book club that is discussing John Dickson's new book, 'A Doubter's Guide to the Bible'. Last week we discussed Chapter 5 - The Violence of Joshua and the Love of God. This chapter raised some difficult but important questions about God-ordained killing - killing that occur on multiple occasions in the Old Testament. They weren't questions I had considered much before last week. So after the discussion, I went away to consider this topic further. Below are my reflections on this big question:

"How could a loving God command acts of violence as described in the Old Testament?"

Atheist Charles Templeton described the “God of the Old Testament” as:

“…utterly unlike the God believed in by most practicing Christians…His justice is, by modern standards, outrageous…He is biased, querulous, vindictive, and jealous of his prerogatives.”

Similar criticisms have been made by other atheists including Richard Dawkins who referred to the so-called “God of the Old Testament” as a “vindictive, bloodthirsty ethnic cleanser.” Perhaps it is Bible passages such as this that Templeton and Dawkins had in mind when they made these blunt assessments about the character of God:

“…you shall not leave alive anything that breathes. But you shall utterly destroy them, the Hittite and the Amorite, the Canaanite and the Perizzite, the Hivite and the Jebusite, as the Lord your God has commanded you.” Deuteronomy 20:16-17

This episode isn’t a one-off. Elsewhere in the Old Testament we read that:

What is jarring about these episodes is not simply that God allows this violence to occur, but that God is the commanding and empowering authority behind these violent acts. These violent incidents prompt a number of questions about God and his actions, including:

These are questions that I could not avoid when reading these passages, and that I have tried to find satisfactory answers for. I do not pretend to presume that these will satistfy every reader, but I do hope to demonstrate that reasonable and helpful explanations exist.

The detail of each violent episode provides important clarity to what’s taking place and why. It takes more effort to read a passage in context, but it’s necessary and not at all unreasonable. As John Dickson explains in ‘A Doubter’s Guide to the Bible’, you can’t just jump into any narrative (least of a book of 1,189 chapters that is the Bible) and expect to immediately understand what is going on. You need context.

“Because the Bible is so big, it can be difficult to get a handle on the significance of a particular story, or even to know how to read it. Simply opening a page at random can feel like sitting down in the middle of an episode of Downton Abbey. You spend half the time asking, “Who’s that?” “Why are they arguing?” “What does that mean?” “Why do they talk funny!?””

In “Is the God of the Old Testament a merciless monster”, Robin Schumacher explains what is clarified by considering the detail. For example, you may struggle with God’s destruction of many (assumed) innocent people by the Genesis flood. But as we read closely we see:

“…the Bible makes it clear that violence and evil had grown to be extremely pervasive so that it literally touched everything and everyone that existed at that time. Genesis 6:5 states: “Then the LORD saw that the wickedness of man was great on the earth, and that every intent of the thoughts of his heart was only evil continually.” Moses indicates that some of the sin was sexual in nature (cf. Gen. 6:1-2) and that the evil permeated and filled the earth. This erases the argument that God drowned ‘innocent’ people in the flood.”

Other questions may remain about the nature of God’s response to this wickedness, but a careful reading of the passage makes clear that the people who lost their lives were not innocent in God’s eyes, but wicked and evil. Schumacher lists other examples of the significance of reading in context, and then concludes by providing a helpful pattern that is common to these violent acts. In summary:

There are many acts of violence in our world that are indescriminate and completely uncalled for. In fact, the first act of violence in the Bible was one such event - as Cain murders his brother (Genesis 4). However, the Bible makes clear that the violent acts ordained by God are in a different category - they are acts of judgement. God sees evil and He judges it justly, by punishing those who commit it. For example, the Canaanites :

As Dr Iain Provan explains, God’s response is not arbitrary or random - it is considered judgement. Provain insists that we must not divorce the notion of violence from the notion of justice. Not all violence is God-ordained, but all God-ordained violence is an act of God’s judgement. It is true that there may be additional reasons given for the violence (e.g. driving people out of the land), but whenever God commands violence he is always pursuing judgement.

3. Judgement is preceeded by warning

The Bible makes it very clear that God’s desire is for people to live and not die, to repent (turn back to him) and not experience his judgement. This is described clearly in Ezekiel 33:11:

“As surely as I live, declares the Sovereign LORD, I take no pleasure in the death of the wicked, but rather that they turn from their ways and live.”

Contrary to the harsh descriptions peddled by Templeton, Dawkins and others, the Bible describes God as “compassionate and gracious, slow to anger and abounding in steadfast love” (Exodus 34:6). God wants people to turn away from their wickedness, and his eventual judgement therefore is never unexpected - but comes after repeated warnings to avoid it. In the case of the Canaanites, God gave them over 400 years to repent (see Genesis 15:13-16 and Deuteronomy 7:22). Some might even wonder why God gave them so long!

As a result of the patience of God, we see that some people do take the opportunity to repent. Rahab (see Joshua 2) and the Gibeonites (see Joshua 9) are two examples of this. They also demonstrate that these acts of judgement are not acts of ethnic cleansing, because while many people of a particular race may experience God’s judgement, anyone repents may receive God’s mercy.

As explained above, acts of violence ordained by God are acts of judgement. And God’s judgement is always just. God rightly gives people their due. The justice of God is a repeated theme of the Bible, and seen throughout the Old Testament. In Deuteronomy 32:4 we read:

“He is the Rock, his works are perfect, and all his ways are just. A faithful God who does no wrong, upright and just is he.”

God is just. He never does any wrong. He never punishes people more (or less) than they deserve. This is clearly not true of people. In our flawed wisdom and often incomplete knowledge, we can pursue justice that is either too lenient, or too harsh. Unlike us, God’s judgements are right, all of the time. We may not always understand this, or even agree with this - but we are not God.

6. Love and judgement are not opposed to each other

One of our biggest difficulties raised by these acts of violence is believing that God can be both loving (as we read elsewhere in the Bible) and at the same time exert judgement (or wrath). Don Carson explains why we find this difficult:

“Our problem in part is that in human experience wrath and love normally abide in mutually exclusive compartments. Love drives wrath out, or wrath drives love out. We come closest to bringing them together, perhaps, in our responses to a wayward act by one of our children, but normally we do not think that a wrathful person is loving.

Carson goes on to describe how this is possible with God:

“God’s wrath is not an implacable blind rage. However emotional it may be, it is an entirely reasonable and willed response to offenses against His holiness. At the same time His love wells up amidst His perfections and is not generated by the loveliness of the loved. Thus there is nothing intrinsically impossible about wrath and love being directed toward the same individual or people at once. God in His perfections must be wrathful against His rebel image-bearers, for they have offended Him; God in His perfections must be loving toward His rebel image-bearers, for He is that kind of God…”

It is not at all inconsistent for God to be loving and wrathful.

7. Murder and killing are not the same

The Sixth Commandment (in the list of 10 Commandments) forbids murder, and yet many people die as they are killed by God’s people, at God’s command. However, the Bible makes clear that murder and killing are different. For example:

“…the avenger of blood may kill the accused without being guilty of murder.” (Numbers 35:27).

“Anyone who kills a person is to be put to death as a murderer only on the testimony of witnesses.” (Numbers 35:30).

Got Questions explains the difference between killing and murder:

All murder is killing, but not all killing is murder. Killing must be unlawful in order for it to be murder. When God commands killing, it is never unlawful, because of the shocking (at least in our culture today) reality that all have sinned (broken God’s law - see Romans 3:23) and the punishment (or penalty) for this sin is death (Romans 6:23). All people are guilty before God, and the just penalty for their guilt is death. Therefore, it is not unlawful for God to put anyone to death. In fact, it is only because God is “compassionate and gracious, slow to anger and abounding in steadfast love” that all people are not immediately punished for their sin.

8. But what about the children?

For me, the most troubling aspect of these episodes is God commanding the death not only of men and women, but also of children. Even if men and women were deserving of punishment (and even death), surely the children should be spared? Here are five reflections on why the killing of children may be more understandable (as difficult as this may be) than may first appear. These reflections are largely a summary of both Paul Coulter and Robin Schumacher (references below).

The command of God to kill children may remain difficult to understand, but I hope this background is beneficial, and that you, like me, discovered that this issue is more complex than simply “God kills children.”

The Old Testament contains multiple instances of God-ordained violence - acts that are in fact, God’s just judgement on sin. As we read the remainder of the Bible, we see more that these are more than just isolated instances of God’s just judgement thousands of years ago. We see, in fact, that these are intended as examples and warnings for us - not only of the justice that we deserve and the danger of not listening to God, but also of how we may accept God’s opportunity to be rescued - an offer he continues to patiently extend to us. Despite what atheists may suggest, God hasn’t changed, and neither have we. The Bible makes clear that:

This is all terrible news. But:

Today is the day:

Will you repent and be saved?

Here are some resources that are referenced above, and that I found helpful in my research on this topic.